In this article, we discuss the companies that made an appearance on the map for the first time and share September’s biggest winner and loser. 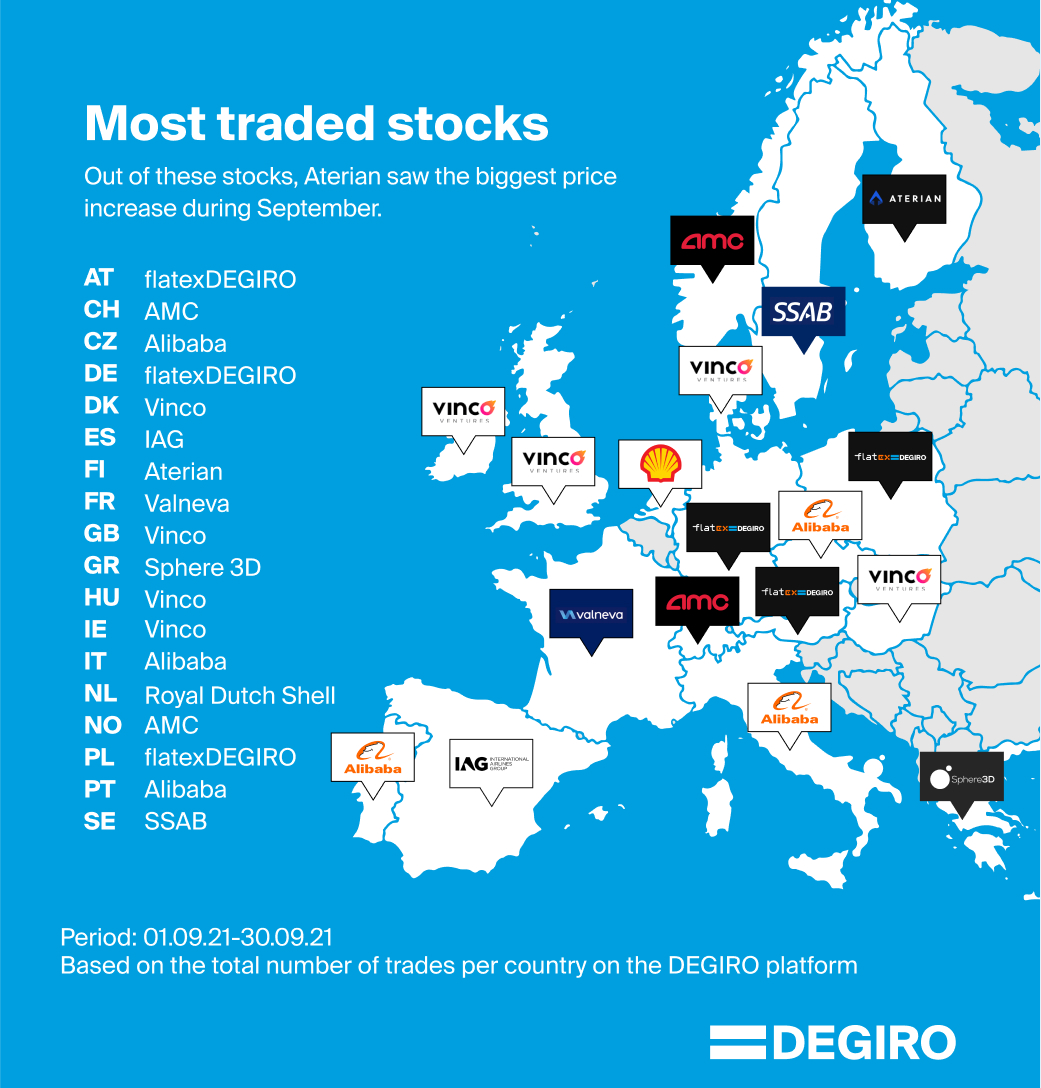 Three companies made their map debut in September. Below is a brief introduction of each and some information about its stock:

Aterian is a technology-enabled consumer product platform. The company has a cloud-based platform called AIMEE, short for Artificial Intelligence Marketplace Ecommerce Engine, which leverages machine learning, natural language processing and data analytics to streamline the management of products at scale across the world’s largest marketplaces, such as Amazon, Shopify and Walmart. It owns 14 owned and operated brands, selling products in a wide range of categories, from home appliances to essential oils.

Aterian is considered a meme stock, with investors on Reddit’s WallStreetBets forum banding together to drive the price up in hopes of igniting a short squeeze. Similar to other meme-stocks, such as GameStop and AMC, Aterian stock price does not reflect the company’s fundamentals. Instead, it is fueled by social media attention, making it very volatile.

Sphere 3D is a cloud-based software provider based in Canada. It has a portfolio of brands, such as HVE ConneXions, Unified ConneXions and SnapServer. Sphere 3D is considered a small-capwith a market capitalisation of around $350 million.

Back in June, Sphere 3D announced a merger with Gryphon Digital Mining, a Bitcoin mining operation using renewable energy, which is set to complete in Q4 2021. On September 15th, Sphere 3D’s stock price jumped by 35% after Gryphon Digital Mining announced that it received a shipment of machines that the company will use to mine Bitcoin in a way that is carbon neutral. At the end of September, prices were down by 8.47%.

Vinco Ventures, which is also considered as a meme stock, is an acquisitions company that focusses on digital media and content technologies.

Vinco Ventures is also involved in non-fungible tokens (NFTs). In September, Vinco Ventures together with its subsidiary Emmersive Entertainment announced that it will be launching the first NFT streaming movie soundtrack with Grammy winners Om‘Mas Keith and Adrian L. Miller. Stock prices were down by 21.35% at the end of the month.

The companies that saw the biggest price movements during September were Aterian and French biotech company Valneva. On the positive end was Aterian, with its 81.71% price increase. Valneva was on the losing end, with prices dropping by 35.55%.

Most traded stocks by country: August 2021

Most traded stocks by country: July 2021