Hydrogen stocks to invest in 2021

As a result of global sustainability, hydrogen is in the spotlight. Cars, trucks and other vehicles could be powered by hydrogen in the future. Hydrogen could even be a solution for heating buildings. But is hydrogen also interesting for you as an investor and how do you invest in this rapidly developing technology already in 2021? We explain it in this article.

Hydrogen is a molecule that is a combination of two hydrogen atoms, i.e., O2. It has long been used for a variety of industrial processes, such as fertiliser production or semiconductor manufacturing.

Hydrogen is almost non-existent on Earth in nature. It must be produced. A common method of production is heating hydrocarbons from oil or gas with steam. This requires fossil fuels and releases carbon monoxide and a small amount of carbon dioxide. This is not a sustainable production process, which is why this hydrogen is also called gray hydrogen.

Another production method is based on electrolysis. With the help of electricity, water molecules are split into hydrogen and oxygen. The electricity needed for this can be generated in different ways. Power from a gas plant or coal plant can be used. The hydrogen thus made is also gray hydrogen. If the CO2 released in electricity production is captured, it is called blue hydrogen. Of course, the electricity can also come from renewable sources, such as solar or wind energy. The hydrogen produced in that case is called green hydrogen.

A fuel cell allows hydrogen and oxygen to be combined, generating electricity with the only residual product being water. This power can be used to power a vehicle, such as a car or a truck.

Hydrogen car has been a big promise for a long time

The hydrogen car has long been a great promise. Former U.S. President George W. Bush, for example, expressed the ambition back in 2003 that the first car of a then newborn baby should be able to be a hydrogen car. This did not become a reality, but due to the great interest in sustainability and the importance that governments attach to it, hydrogen has been in the spotlight again for a few years now.

Besides cars, many other vehicles could switch to hydrogen. One example is shipping. There are also already trucks that run on hydrogen. Outside the transport sector, there are other sustainable applications for hydrogen. In industries that require high temperatures, green hydrogen could be a way to reduce CO2 emissions. Households that currently heat their homes with gas could also switch to hydrogen.

Development of demand for green hydrogen

Currently, about 95% of hydrogen production worldwide is still gray hydrogen. This is expected to change rapidly. Globally, governments have committed themselves to a rapid reduction of CO2 emissions. Large investment programs have been set up in both Europe and the United States for the development and rollout of sustainable technology. China has included the hydrogen industry in its latest five-year plan (2021-2025) as one of the six industries of the future.

Fertiliser producer OCI, for example, is betting heavily on the rise of hydrogen. The company, which has a stock exchange listing in Amsterdam, thinks demand for green hydrogen will increase tenfold in the next ten years. At the same time, technological developments should halve the price of green hydrogen.

The potential of hydrogen as an alternative to fossil fuels seems great. As a result, it can be interesting to invest in it. There are several ways to invest in hydrogen shares. This can be done by buying shares of individual companies. Several large companies are active in the production of hydrogen or the fuel cells that can power vehicles.

An important advantage of shares in these large companies is that they also have many other activities and therefore more diversification. If developments are slower than expected, these companies suffer less. We list a few.

Energy giant Shell has been researching the possible applications of hydrogen for decades. The company has all the expertise in-house and believes it can play a leading role in the development of the hydrogen economy. In addition to hydrogen, Shell also invests on a large scale in other sustainable technologies. Of course, Shell is dependent on oil and gas for the vast majority of its sales and profits. An investment in the company is therefore only a small part of an investment in hydrogen.

France's Air Liquide has long been a major producer of hydrogen. The company has fifty years of experience in this field and has unique knowledge of the entire hydrogen value chain. The company wants to make hydrogen production progressively more sustainable. Since 2020, it has increased investments in hydrogen-based mobility.

The Japanese group is a frontrunner when it comes to the hydrogen car. It was the first automaker to put a hydrogen car into production, the Toyota Mirai, in 2014. Just over ten thousand of them have been sold, and a second generation of the model was recently launched. Toyota has great hopes for the hydrogen economy. It started building Woven City at the foot of Mount Fuji, Japan's highest mountain, in 2021. This is a small city that runs entirely on hydrogen and will be a kind of testing ground.

A car manufacturer that is also working hard on hydrogen is the Korean company Hyundai. The company wants to introduce a hydrogen version of all its models from 2028 onwards. To make this possible, it is investing billions in the development and commercialization of hydrogen technology.

This Swedish company originated from Volvo. It has patented fuel cell technology that puts it at the forefront of technological development. The company expects its business to take off thanks to the great interest in hydrogen. In 2020, Powercell Sweden had an annual turnover of over €10 million converted.

Ballard Power is a manufacturer of fuel cells for a variety of applications from buses to ships. The company was founded in 1979 and has been listed on the stock exchange since 1993. The company turned in sales of nearly $104 million in 2020 and incurred losses of over $51 million.

Norwegian company Nel ASA has several technologies to enable the transition to a hydrogen economy. It provides devices for electrolysis, splitting water into hydrogen and oxygen, as well as equipment for storage and hydrogen refueling. The company is listed on the Oslo Stock Exchange.

This American company offers complete hydrogen solutions mainly to large business customers. Plug Power has, for example, Amazon, BMW and Boeing as customers. It can supply a complete fleet of hydrogen-powered vehicles but also a hydrogen-based emergency power supply for data centers. The company went public in New York in 1999.

FuelCell Energy focuses on large plants to produce electricity from hydrogen with a fuel cell. It has power suppliers, universities, municipalities and other government agencies as customers. In addition to a facility in the United States, FuelCell Energy also has a facility in Germany. The company is listed on the NASDAQ in New York.

Investing in hydrogen with ETFs

In addition to investing in individual shares, you can also invest in a basket of hydrogen shares via ETFs (Exchange Traded Funds). In this way, you invest in one go in a large number of companies that respond to the development of hydrogen. An example of an ETF with hydrogen stocks is L&G Hydrogen Economy (IE00BMYDM794). To invest in ETFs, you need a broker to place an order. We offer a wide range of ETFs available on nineteen major exchanges. We even offer 200 ETFs in which you can invest without transaction fees.

We want to make investing accessible to everyone. We have a simple flat-fee pricing structure and even offer to invest in US stocks commission-free! For details, please visit our Fees page.

The information in this article is not written for advisory purposes, nor is it intended to recommend investments. Investing comes with risks. You may lose (part of) your investment. We advise you to only invest in financial instruments that match your knowledge and experience.

Zooming in on ESG 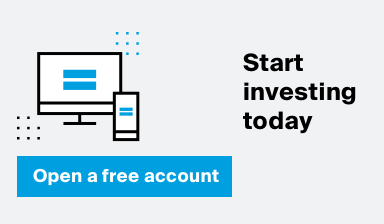