When you hear ‘the biggest company in the world’ it is typically in terms of market capitalisation, or market cap for short. Market cap is the value of a listed company’s outstanding stock. To calculate it, you multiply the number of outstanding shares by the current market price per share. Knowing a company’s market cap can help you to determine its relative size. Although some of the companies mentioned do not have a market cap above $1 trillion, each of them has been above that threshold at some point during the first two months of 2020. Fun fact: companies 2 to 5 on this list all started in a garage.

The Saudi Arabian Oil Company is the largest company in the world by market cap with a valuation of 6.60 trillion SAR ($1.76 trillion/€1.62 trillion) [1][2]. Also known as Saudi Aramco, it is an oil and gas company headquartered in Dhahran, Saudi Arabia. Its origins date back to the 1930s when a Concession Agreement between Saudi Arabia and the Standard Oil Company of California (SOCAL) was signed. To manage the agreement, a subsidiary called the California Arabian Standard Oil Company (CASOC) was created, which would later become the Saudi Arabian Oil Company in the 1980s. After years of searching and digging, oil was found in the Saudi deserts and the company quickly grew, with 500,000 barrels of oil being produced per day in 1949.

Saudi Aramco made headlines last year when its initial public offering (IPO) on December 11th set the record as the biggest IPO ever. Prior to its IPO, the company had been owned entirely by the Saudi Arabian government. There was a lot of debate around which exchange it would offer its initial listing. In the end, the company decided to list locally on the Tadawul, Saudi Arabia’s stock exchange. On its second trading day, share prices increased by 10% and its valuation breached the $2 trillion mark.

Unfortunately, DEGIRO does not offer to trade on the Tadawul where Saudi Aramco is listed. Therefore, it is not possible to purchase shares of Saudi Aramco via DEGIRO.

Coming in second is Microsoft, with a market cap of $1.28 trillion (€1.18 trillion) [3]. Famously known for its Windows software and OfficeSuite, the company has become the biggest tech company since its humble beginnings in 1975. Friends Bill Gates and Paul Allen founded the company after they both dropped out of college. They started off by developing and selling a programming code interpreter for the Altair 8800, a microcomputer created by MITS. Microsoft continued to grow and eventually went public in 1986, raising $61 million (€56.07 million) [3]in its IPO.

Microsoft missed many computing trends in the early 2000s and relied on their operating system, Windows, as a main source of revenue. Under CEO Satya Nadella’s leadership, the company began putting efforts and resources towards the cloud computing business, specifically with their service Azure, though it was years behind Amazon in this market. Over time, Microsoft’s cloud computing services have become a significant source of income for the company. Azure is not the only component in the Intelligent Cloud segment, however, the segment as a whole accounted for 32% of total revenue in the past quarter.

In addition to its own brands, Microsoft has added other companies to its portfolio over the years. The biggest acquisition of them all was LinkedIn. Microsoft bought the company in December 2016 for $26.2 billion (€24.08 billion) [3]. Some other examples are Hotmail, Skype, GitHub and Minecraft.

Microsoft trades under the ISIN code US5949181045 on the NASDAQ, Xetra, Börse Frankfurt and SIX Swiss Exchange.

Not far behind Microsoft is Apple, with a market cap of $1.26 trillion (€1.16 trillion) [3]. It was founded in 1976 by Steve Jobs and Steve Wozniak in California in the United States. There was a third founder named Ronald Wayne, but he quickly left the company and sold his shares for $800, a decision he may now regret.

Apple’s first product was the Apple I, which was a computer that lacked both a keyboard and a monitor. Before releasing the first Macintosh computer, Apple launched its IPO in December 1980, raising a little over $100 million (€91.93 million)[3]. Flash forward to the early 2000s, Apple launched the iMac and the iPod, and eventually debuted the first iPhone in 2007.

Today, the company’s business segments include iPhone, Mac, iPad, Wearables Home and Accessories, and Services. For seven years prior to 2019, more than 50% of Apple’s revenue had primarily come from iPhones. After Apple released its 1st half 2019 figures, this was not the case, with iPhone sales representing 48.29% of Apple’s revenue. However, the company has embraced this change and is diversifying its streams of revenue with products such as AirPods, Apple Card, and Apple TV+.

Apple’s ISIN code is US0378331005 and it is available to trade on the NASDAQ, Xetra, London Stock Exchange, Börse Frankfurt and SIX Swiss Exchange.

A market cap of $982.05 billion (€902.41 billion)[3] makes Amazon the fourth most valuable company in the world. Amazon was founded in 1994 by Jeff Bezos. It initially started as an online bookseller and went public in May 1997 with an IPO that raised $54 million (€49.62 million) [3]. A year later, Amazon added additional product categories to its offering. The company saw rapid growth and 20 million items were shipped to 150 countries in 1999.

Amazon is now one of the largest online retailers and also offers a number of other products and services, including its cloud computing services called Amazon Web Services (AWS). AWS is a big player in the cloud market, particularly in the IaaS sector. Gartner released an article in 2018 that indicated AWS accounts for 47.8% of the global IaaS market share.

Amazon is available to trade on the NASDAQ, Xetra, Börse Frankfurt and Borsa Italiana under the ISIN code US0231351067.

Alphabet shortly joined the $1 trillion club for the first time in January 2020 and is the fifth-largest company, with a market cap of $953.57 billion (€876.24 billion) [3]. Before 2015, Alphabet was known as Google, but the company decided to reorganise under a new parent company. In 1995, Google founders Larry Page and Sergey Brin met at Stanford University, where they began working on a search engine called Backrub that later became Google. Nine years later, Google launched its IPO with a valuation of $23 billion (€21.13 billion)[3].

Alphabet breaks down its financial reports into two categories: Google and ‘Other Bets.’ Companies and products that fall under the Google category are Google subsidiaries such as Google Ads, Google Cloud, Chrome, YouTube, and Android. Other Bets include businesses such as Calico, Verily, Waymo, X, and CapitalG, to name a few. The vast majority of revenue comes from the Google sector as only 0.4% of revenue came from Other Bets in Q4 2019. 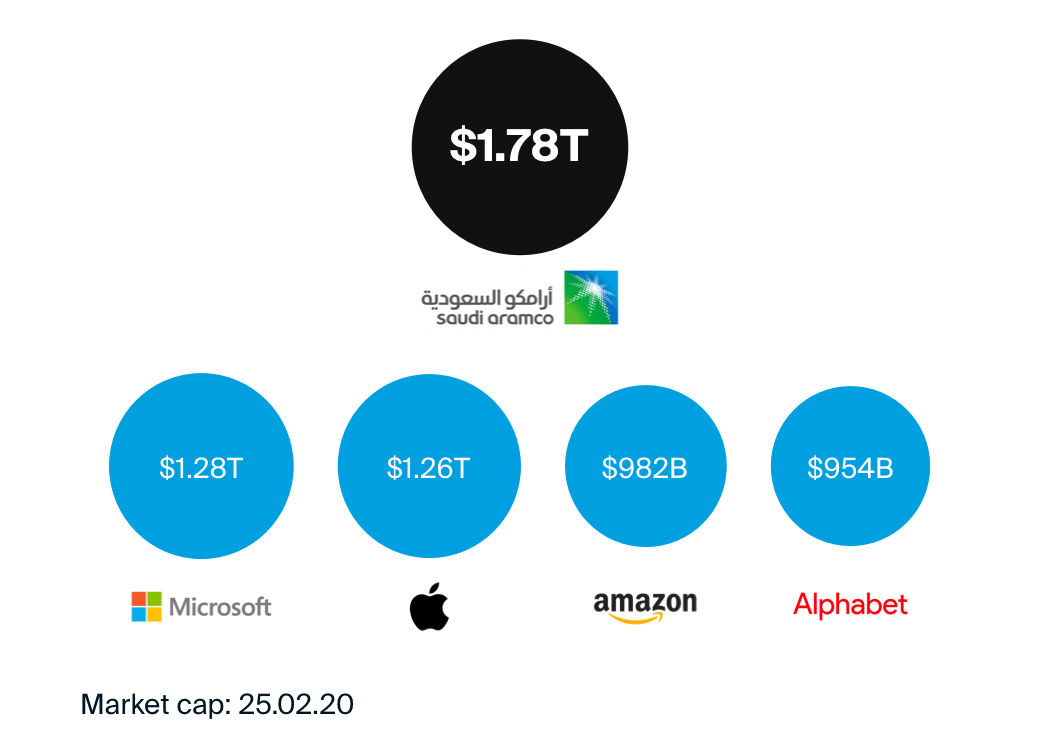